Why business building is essential 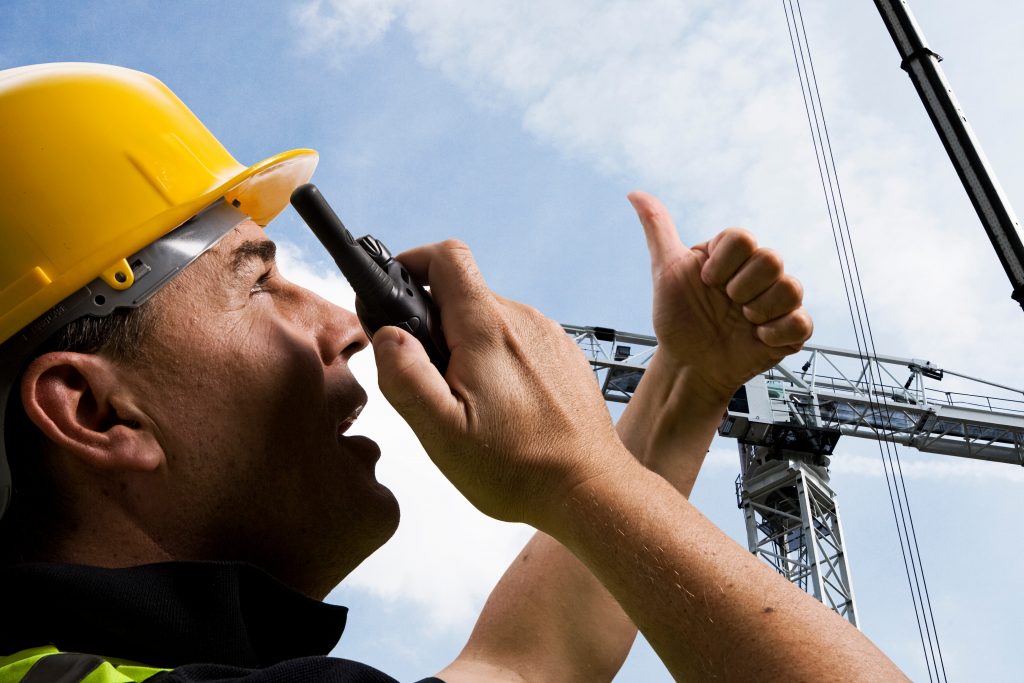 When a company acquires the capability for serial business building, it also acquires an insurance against irrelevance and protection against commoditization. Statistical data shows that the average lifespan of companies is decreasing:

A brilliant example of the speed and impact of industry convergence is the Southeast Asian Internet economy. Not everyone might be familiar with this business arena.

A Google study shows that in only four years, the industry landscape has completely changed. In 2015, companies from different industries were focused solely on their respective industries. Fast forward to 2019 – now, players from all sectors compete fiercely against each other in all industries.

Blurring industry boundaries do not reshape industries; they un-shape them. Established players lose their positions, and new winners emerge who serve the customer base with new value propositions created and delivered in new value chains.

The blurring of industry boundaries does not necessarily require Digital. For example, a client of mine ponders how to react to Food and Healthcare’s converging to Functional Foods. But in most situations, Digital is the primary driver, such as Advanced Mobility, Smart Grids, Telemedicine – or Amazon moving into everything, from retail to movies to cloud services and logistics.

2) Solve an unsolved problem: Nestlé Nespresso. Before Nestlé introduced Nespresso, consumers had to make a choice. Either they chose top-tasting, expensive coffee outside of their homes – or they could choose less tasty coffee at home.

Nestlé created a new category by combining convenience-at-home with top taste. It invented a new technical system and a new business model. The business model innovation was that Nestlé bypassed its traditional channel partners and went direct-to-consumer. Today, Nespresso sells more than 14 billion capsules annually, and Nespresso generates more than USD 10B in annual revenues.

3) Solve an unsolved problem: Apple iPod and iTunes. When Steve Jobs introduced iTunes in 2001, he pointed out that current solutions to the job-to-be-done of “managing music for on-the-go” were too complicated and too technical for the average consumer. Two years later, Apple launched the iPod (the hardware companion) and the iTunes Music Store. This combination offered consumers a convenient way to legally buy digital music assets and the music publishers the reassurance of a Digital Rights Management.

With software, hardware, and an online store, Apple established itself as a new intermediary in the music value chain. Ten years after opening the iTunes store, Apple had sold more than 35 billion songs, with 30 percent of the revenue – on average USD 0.99 per piece – flowing into Apple’s pockets.

Amazon initially designed AWS as a standardized and automated platform for Amazon’s retail computing infrastructure. It then saw the opportunity to generate a new business and have the outside world finance AWS by opening defined platform layers.

5) Serve an unaddressed customer base: Netflix. In its 25-year history, Netflix – an American media services provider and production company – has transformed its business model several times. When founded in 1997, Netflix was a movie rental service relying on postal mail. Customers ordered DVD movies online and received them via postal mail. After watching the movie. they sent the DVDs back to Netflix.

In 1999, Netflix launched a subscription-based business model. Ten years after its foundation, Netflix innovated its business model again by introducing video streaming. Another four years later, Netflix produced its first original content series. With this step, Netflix moved from being a distribution channel for the major movie studios to a competitor. Today, Netflix has more than 200 million paid subscriptions worldwide.

6) Improve the job-to-be-done: Hilti Fleet Management. Hilti is a Liechtenstein-based machine supplier to the construction industry who successfully introduced a “power-tool-as-a-service” business model.

The basic fleet management idea at Hilti comes as a one-stop package. Customers can turn tool costs from capital expenditures into operating expenses and save administrative work. A fixed monthly fee covers all expenses related to financing, service/maintenance, and repair.

Some ten years after its introduction, Hilti had more than 1.2m tools under fleet management, representing a contract value of more than USD 1.4bn. As Hilti’s CTO stated, “Hilti developed many very innovative and successful products over the years. But they pale in comparison with the fleet management business model, which was the most important innovation in Hilti’s history.”

Companies must rejuvenate their business models

Only one of the innovations mentioned above plays out in the company’s existing business model, Procter & Gamble’s Swiffer. All other ones were new-to-the-company, new-to-the industry, or even new-to-the-world business models. The ongoing search for new business models should be on the management agenda.

Companies that regularly rejuvenate their business model portfolio generate more shareholder returns than those who fixate on the business model that made the company great in the past[1]. Six of the world’s ten largest companies are serial business builders, having launched at least five new, significant businesses during the past 20 years.

However, not all companies understand the importance of the continuous search for new business models. One reason might be top management’s relentless focus on the day-to-day business – it almost seems that staff is not allowed to think outside the box. Another reason might be that there is something seductive about success.

It lures people into thinking that the future will be equal to the past. Especially for companies that have sustained success over many years, it is hard to imagine that the success might end. But it does stop at times, as we all know:

These examples (and many more, e.g., Kodak, Blockbuster, Encyclopedia Britannica, Skype, and LED lighting) show that disruption rarely comes from the ‘usual suspects.’ In some cases, disruption does not even come from a company, but from fundamental changes in customer preferences. For example, Nike tries hard to find answers to video gaming, and meat producers struggle to adjust to rapidly changing consumer preferences.

Even the most profitable business models have life cycles, like products. When they are just building businesses, developed by a few whiz kids in a garage or a corporate innovation lab, their initial value is tiny. As the business model gains traction, the value grows steeply. Once the underlying technology ages or customer preferences shift over time, the value goes down.

Companies need to find a new, sustainable business model in due time. If they fail to do so, they become yet another more data point in the S&P 500 statistics (see above).

Once “the platform is burning,” it may be too late for the aircraft carrier to change its course and build the capabilities for success in a changing environment. Hence, starting the search for a new profitable business model needs to begin well before the existing one declines. It should be an ongoing process, which further helps prepare for unexpected strikes from unknown vectors.

A particular business model type has gained significant traction in the last years. In so-called service-centered business models, companies switch from selling products to providing customers with a convenient service that offers a practical, one-stop-shop solution to their jobs-to-be-done.

Service-centered business models have a financial and a strategic rationale. The financial motivation is to provide a steady income stream for ongoing contracts, improve resilience during global crises, and increase product life cycles.

The strategic rationale is to increase customer lock-in. When customers are satisfied with the service, they have only a few incentives to switch, and switching costs are high. In other words, service-centered business models increase the customer’s barrier to exit and the company’s competitive advantage.

From a linear, profit-maximizing management thinking, when the daily pressures of generating cash flow guide every boardroom decision, it might be understandable that business leaders see environmental sustainability as a secondary priority.

However, the role of business in society has evolved. Investors, customers, employees, public authorities, and the public demand more. Business is more than just generating profits and jobs; it is also about environmental sustainability and ethical business practices. In other words, stakeholders expect companies to have a meaningful purpose that transcends business operations and purely financial results.

For example, several investors today use Environmental, Social, and Governance (ESG) metrics – such as a company’s carbon footprint, water usage, community development efforts, and board diversity – to evaluate a company.

Research shows[2] that companies with high ESG ratings have a lower cost of debt and equity, and that sustainability initiatives can help improve financial performance while fostering public support.

Consequently, a growing number of firms integrate sustainability into their business strategy. They see that they can solve some growth problems while at the same time making a positive impact on the planet and can better meet their stakeholders’ expectations when sustainability and good ethics are closer to the Core.

This website uses cookies to improve your experience while you navigate through the website. Out of these, the cookies that are categorized as necessary are stored on your browser as they are essential for the working of basic functionalities of the website. We also use third-party cookies that help us analyze and understand how you use this website. These cookies will be stored in your browser only with your consent. You also have the option to opt-out of these cookies. But opting out of some of these cookies may affect your browsing experience.
Necessary Always Enabled
Necessary cookies are absolutely essential for the website to function properly. These cookies ensure basic functionalities and security features of the website, anonymously.
Functional
Functional cookies help to perform certain functionalities like sharing the content of the website on social media platforms, collect feedbacks, and other third-party features.
Performance
Performance cookies are used to understand and analyze the key performance indexes of the website which helps in delivering a better user experience for the visitors.
Analytics
Analytical cookies are used to understand how visitors interact with the website. These cookies help provide information on metrics the number of visitors, bounce rate, traffic source, etc.
Advertisement
Advertisement cookies are used to provide visitors with relevant ads and marketing campaigns. These cookies track visitors across websites and collect information to provide customized ads.
Others
Other uncategorized cookies are those that are being analyzed and have not been classified into a category as yet.
SAVE & ACCEPT
Tweet
Tweet
Tweet